We get these questions frequently so we have decided to create a page to explain how water softening efficiencies work.

You will also see on this chart that in order to achieve the full capacity of the resin it would take 20 pounds of salt per cubic foot per regeneration which would be grossly inefficient. The Water Softener Calculator on our home page is based on the efficient formula that we use as stated above.

Water Consumption. The water used for regeneration is offset by the lessened amount of water used in the cleaning in your home or business due to reduced hardness water scale. You can also take shorter showers as explained below.

Soap Consumption. You can use between 50% and 70% less laundry and dishwasher soap with soft water. Soft water allows soap and detergents to get into a sudsing state which allows it to work as designed thus lessening the amount used. When soap is allowed to suds up correctly then reduced water can be used as a result.

What You Might Read On The Internet. As with many other products or industries, ours is fraught with misinformation in regards to water softener efficiencies specifically Fine Mesh or Salt Saving Resins. For decades, resin manufacturers used to dispose of the smaller resin beads that were part of the manufacturing process. They would sieve off the smaller beads because they were not compatible in use with the standard sized beads and would simply backwash out of the system down the drain. Then some of these manufacturers decided that rather than dispose of these smaller beads that they would sell them using smaller slotted exit slots in a water softener system. Then certain folks out there started falsifying claims about the efficiencies and performance of these smaller beads when in fact they have the same kinetic properties of their larger companions. The more you think about it the more it makes sense. These smaller beads do not hold up as long as they are not as strong as larger resin beads which is why we do not offer them. Salt saving resins (SST) are nothing more than hype. You can achieve higher efficiencies by lowering both the salt dosage as well as the capacity setting of any water softener. 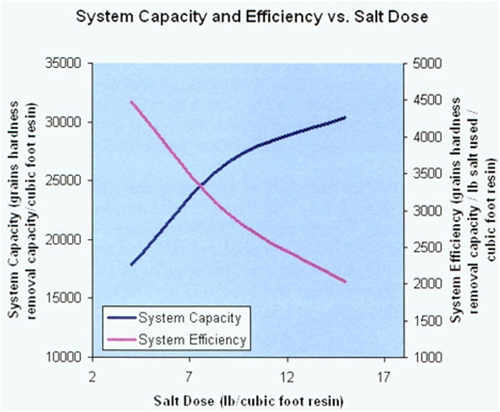